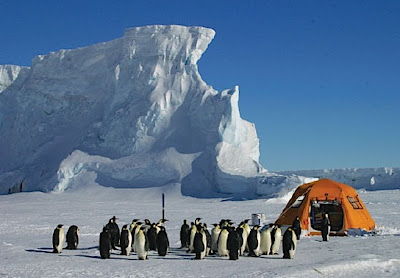 Though the housing market here has gotten a bit shaky of late, in Antarctica an open house in a good neighborhood can still draw a good crowd .
Posted by WickedHamster at Sunday, January 27, 2008 7 comments:

In the news: Ovine Diplomacy

In a stunning diplomatic coup, the sheep have established formal relations with the Vatican for the first time. A private settlement on their copyright infringement suit over use of the phrase "Lamb of God" was reached last month, paving the way for normal diplomatic contacts. Terms of the settlement have not been released, but are presumed to include a large cash payment and grazing rights. Here, the first embassy arrives at the Holy See and is then greeted by the papal representative. 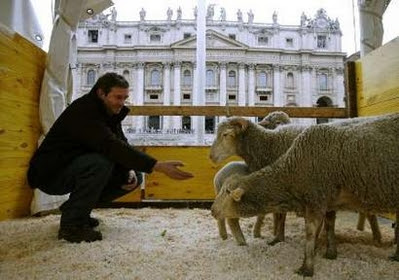 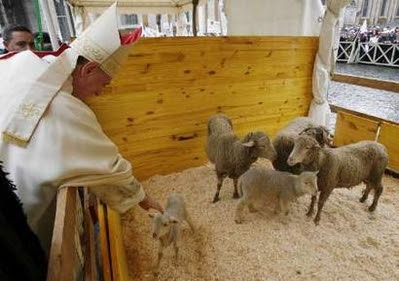 For those of you who've wondered...

what the abominable snowman looks like in the southern hemisphere: 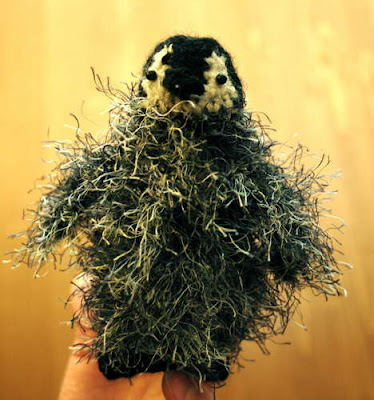 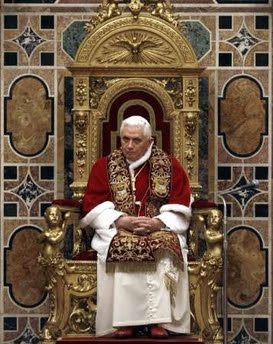 Yet another slow Monday morning at the office...

Fab 5 Eat Your Heart Out!

Assiduous readers of the comments on Kel's blog will know that DG wants to redo his bathroom. I think that's a fine thing. The problem is, he keeps rejecting my decorating ideas. 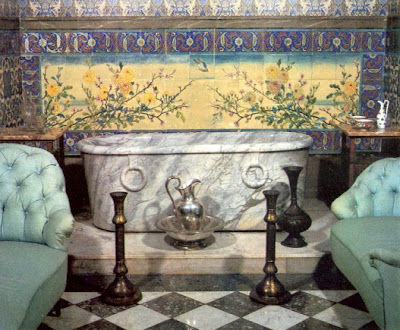 A couple of days ago, DG forwarded this to me, and I immediately sent it off to Kel. It struck me that I should perhaps share it with a wider audience.

Last night my daughter and I were sitting in the den and I said to her, "I never want to live in a vegetative state, dependent on some machine and fluids from a bottle to keep me alive. That would be no quality of life at all, If that ever happens, just pull the plug."

So she got up, unplugged the computer, and threw out my wine. 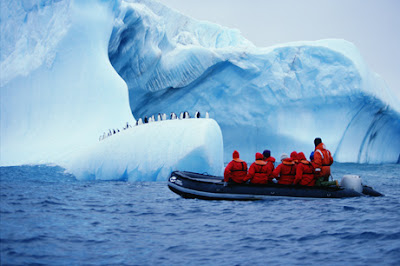 Travel always hated this time of year back home. It's the beginning of tourist season. All these strange creatures tramping through the front yard...
Posted by WickedHamster at Sunday, January 06, 2008 4 comments:

It was quite a year. The conquest of Scotland. The first World Domination Summit. But there were the rough times, too. Like when the BBC outed our surveillance chief for the Far East.

An "extraordinary" desert creature has been caught on camera for what scientists believe is the first time. The long-eared jerboa, a tiny nocturnal mammal that is dwarfed by its enormous ears, can be found in deserts in Mongolia and China...
Posted by WickedHamster at Wednesday, January 02, 2008 5 comments: