As many of you will know, AH and I have a large menagerie of inanimate pets.  Now, we have nothing against the animate kind, mind you, but we do not shy away from lauding the multitudinous virtues of the inanimate.  The chief thing, of course, is that they are extremely clean and easy to care for, just an occasional dusting is all they require.  They also have tons of personality, as you will see, are extremely intelligent, excellent conversationalists, adventurous, curious, and inanimate house sheep really keep the carpet flowers under control with their grazing.  We will periodically post updates until all the little darlings are covered.
This is Hammond. 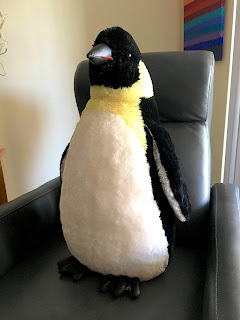 Hammond is our largest penguin.  He's generally quiet but can get quite emotional, even to the point of being brooding.  He likes to spend time by himself, but of late has come into the living room where he usually occupies my reading chair.
These are the triplets: Piff, Poof, & Puff. 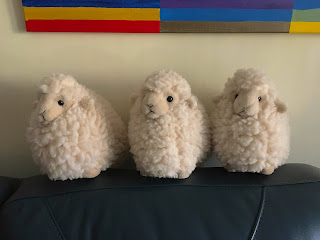 They, too, tend to be quiet and spend most of their time up on the back of the couch.  They will pop down from time to time if a particularly succulent blossom appears on the living room rug.
Many of you have met Brian before. He's a watchsheep and spends his days mostly perched on the pillows on my bed, looking out the window at the parking lot in case there are malefactors afoot.  He is now joined by his nephew, little Apollodorus, who wants to train to be a watchsheep. 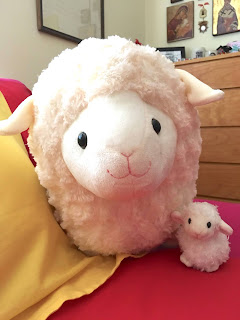 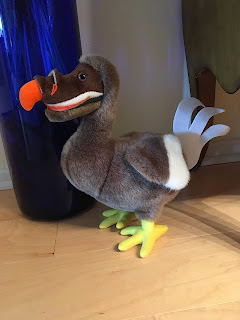 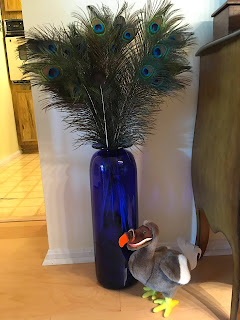 Edmund, as you may have noticed, is a Dodo; we adopted him in Oxford several years ago, when we were there for a conference of mine.  Cheerful and pleasant, he can get a little overbearing about being extinct and all.  He loves to settle down under his favorite palm tree, as most house Dodos do.  Now you and I know that his palm tree is actually a bunch of peacock feathers in a blue vase, but he thinks it's palm tree.  We humor his feelings since he's like all extinct and stuff.
Posted by WickedHamster at Monday, June 22, 2020