A while back, there was a thing* making the rounds on Facebook asking you to name something(s) that are generally liked that you don't like.  I liked that.  There are far too many things in this world that are assumed to be "everyone's favorite" that are very much not so.  I will elaborate here a couple "favorites" that I do not cotton to in the least.

* Have you noticed that, apart from "meme," there are no names for the types of things one sees on FB?  That alone should make us suspicious.

1) Chocolate Chip Cookies
I don't despise chocolate chip cookies, I just find them uninspired.  They're not a chocolate cookie, they aren't a nut cookie, they don't possess the elegant simplicity of a Snickerdoodle.  They're a plainish cookie with daubs of melted chocolate.  Often they're set up like concrete.  I mean, what's the point?  This is ironic in that my mother was far-famed for her chocolate chip cookies.  What many don't know is that she actually made the best oatmeal raisin cookies in the world: soft, chewy, rich in molasses but not over much.  Ah!  The raisin oatmeal cookie!  Fruit, whole grains, unrefined sweetness.  I have often said that, as one who has studied Theology, I know that oatmeal raisin is the cookie God eats. 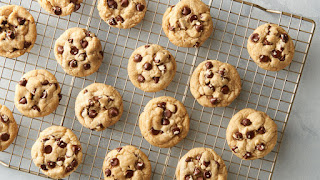 2) Peanut Butter
Talk about "what's the point"!  Gooey, sticky, globby, messy gunk that--of all things--tastes like peanuts.  I mean, think about that people!  Peanuts aren't even real, respectable nuts; they're legumes for pity's sake.  Turning these mutant peas into light brown caulking compound does not improve them.
2a) Peanut Butter & Jelly
OK, if you must eat this wretched stuff, why in the name of all that's holy would you ever want it mixed with the most pedestrian, overly sweetened excuse for fruit jam on God's green earth?  As Voltaire is reputed to have said when offered grapes, "I do not take my wine in pill form."  That children from an early age are offered this pitiful glop as nutrition accounts for a good deal of what's wrong with America today. 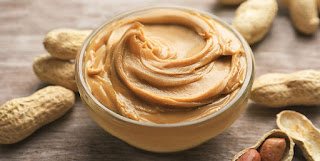 3) "Braveheart"
Aside from the fact that Mel Gibson is certifiably weird (he peaked early in my book, "The Year of Living Dangerously" was his best movie) "Braveheart" is the most predictable, melodramatic, and cliché hack-job on medieval history I've ever seen.  That it won an Oscar is unsurpassed proof that Hollywood's taste is in its mouth.  I've never been able to watch movie all the way though, but when I did see a clip of the ending, I found myself rooting for the English.

4) Beach Volleyball
This is NOT a sport.  It is a beach entertainment.  There was already an established international and Olympic sport of volleyball; there was no reason to bring in an amateur and stripped-down (literally) version of that sport and elevate it beyond its station.  To make it professional and competitive is just plain silly and, fer Chrissake, it's played in sand! 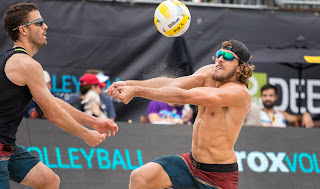 Well, that should do for now.  Some assiduous readers of previous posts may wonder why this wasn't labelled a HamsterRant.  That's because it isn't; this is far too mild for a rant.  When I do  rant, I'll let you know beforehand.  Toodles!
Posted by WickedHamster at Saturday, June 13, 2020