Lots of people know the National Gallery of Art, but not as many know the National Portrait Gallery, which is housed with the Smithsonian American Art Museum. It's a bit off the mall and the other museums, but it's well worth the visit. The collections are housed in one of the oldest public buildings in DC, begun in 1836, which was restored and refitted - gloriously - for museum use. 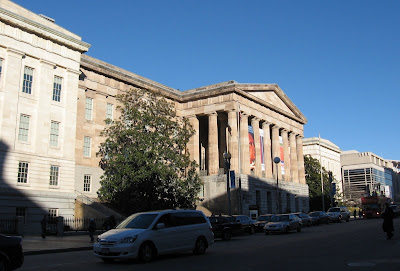 The original Greek revival sandstone building, a treasure in its own right,was added onto over the years in grey granite to form a quadrangle. This was dramatically roofed (British Museum, eat your heart out). 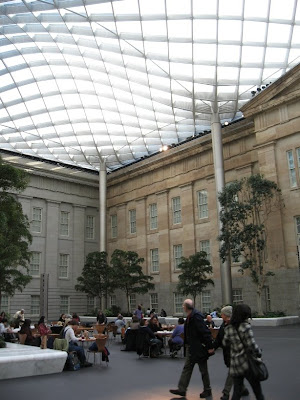 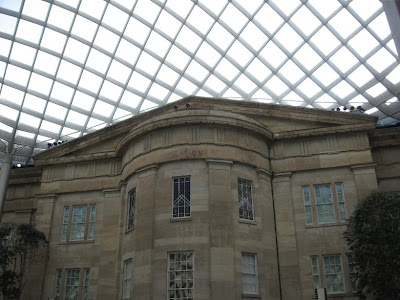 The building itself was returned to its original architectural elements, and the third floor, which was decorated in Victorian splendor, was restored. What was apparently a library or records office is now the public study center: 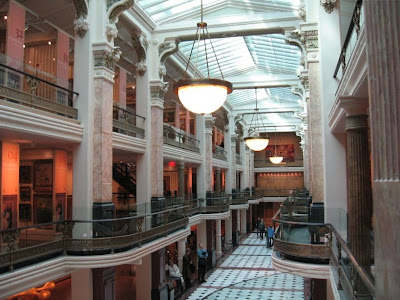 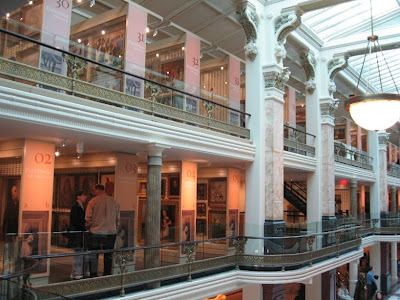 which includes some American folk art penguins (no, I have no idea what their story is): 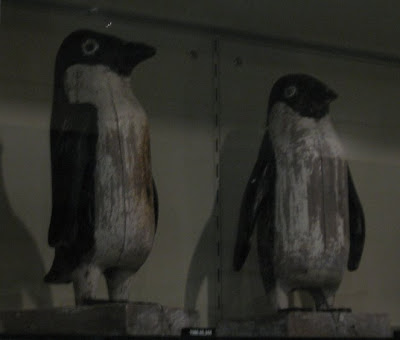 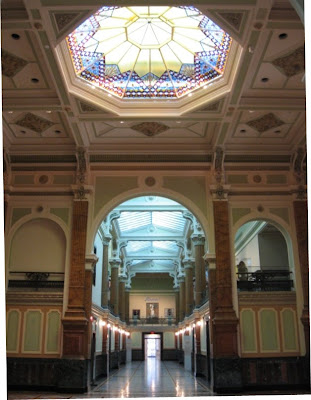 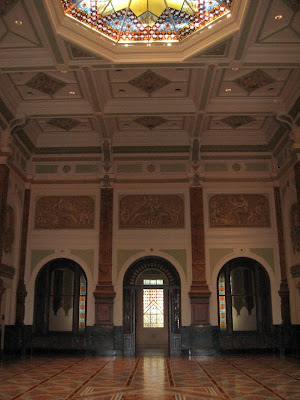 In that collection is a room dedicated to this installation of some 200 TV sets. It's flabbergasting! 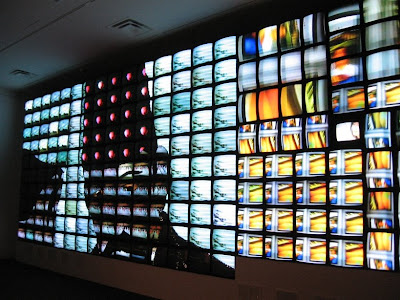 For those of you who liked the last video, here's another:
The gallery is another of the many less-known treasures of Washington.
Posted by WickedHamster at Tuesday, December 30, 2008