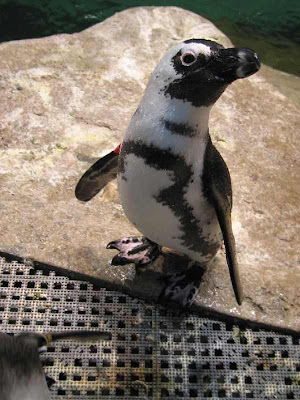 The California Academy of Sciences building in Golden Gate Park in San Francisco, California is planning a grand opening.

What's being heralded as the greenest museum building in the world opens its doors to the public on September 27, 2008. The new academy in Golden Gate Park is insulated with nontoxic, second hand blue jeans and capped with a 2.5 acre living roof planted in native wildflowers.

Take a behind-the-scenes look at how the African Penguins are acclimating to the new Academy. Choose from any one of the three live webcams to watch the penguins.
****************** 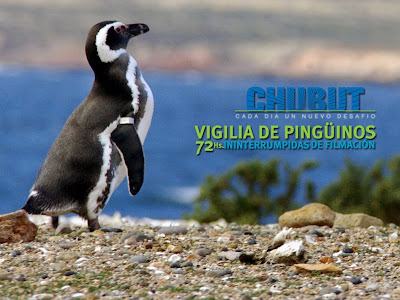 Thousands of Magellanic penguins have begun their yearly arrival to the coasts of the southeastern Argentine province of Chubut, where they will mate and breed for the next few months.

Local media on Friday broadcasted live images of the penguins walking ashore to meet their mates in what they call "The Penguin's Vigil".

And for the first time, this year the local Chubut government have also set up a website which is streaming the penguins' arrival to the Patagonia for 72 consecutive hours.

The migratory sea birds travel thousands of miles every year around this time from the coasts of Brazil to meet their partners and reproduce in the Patagonia's penguin colonies.

As temperatures begin to drop the penguins will then make their way back up the continent in search of warmer waters.